Data on the Women’s March: This is what Democracy Looks Like!

The numbers are in: “The Women’s March of 2017 was the largest protest in recent history, bringing together over 500,000 people in DC- the location of the flagship march, and over 2.9 million people nationwide.”

Their findings “suggest that the Women’s March has potentially lit the political fires of a new generation of activists and reactivated the political activism of others. Indeed, a third of the participants reported that the Women’s March was their first time participating in a protest ever. For over half of the participants (55.9%), the March was their first protest in 5 years (including those who had never participated before).” 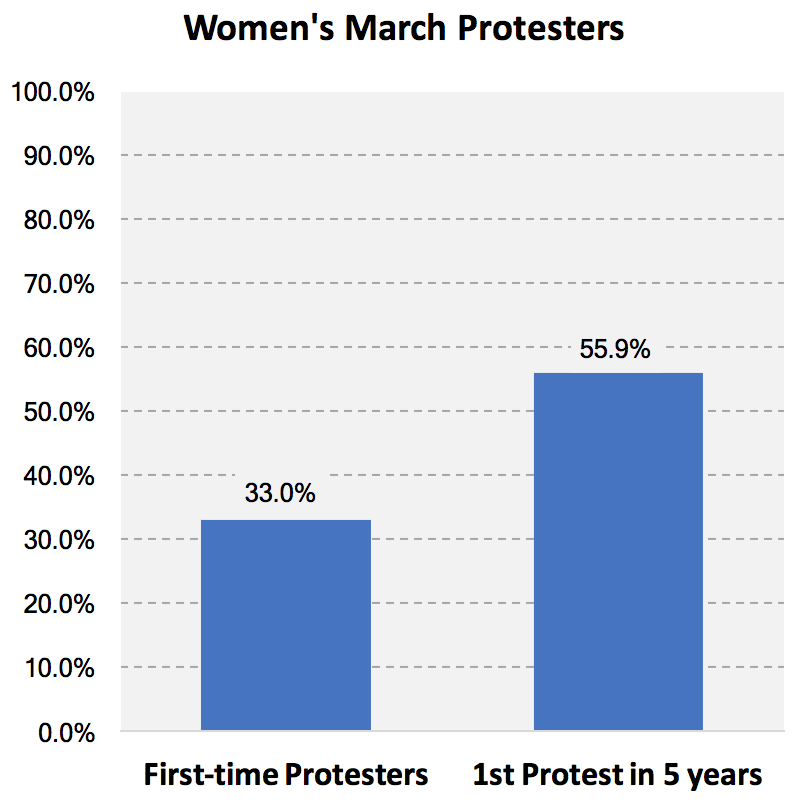 Even more interesting: “Respondents were also asked to identify the issues that motivated them to protest.  Our data suggest protesters were unified by a range of distinct and overlapping priorities. Given the name of the march, it is not surprising that 60.6% of respondents cited women’s rights as a motivation for protesting.  However, other social issues were also at the forefront of protesters’ minds. Nearly tied for second place, protesters cited the environment (35.5%), racial justice (35.1%), LGBTQ rights (34.7%), and reproductive rights (32.7%) as motivations to attend. Other political issues were also well represented including equality (25.1%), social welfare (23.1%) and immigration (21.6%).  Indeed, rather than representing a narrow set of interests, protesters identified multiple and diverse motivations for participating.” 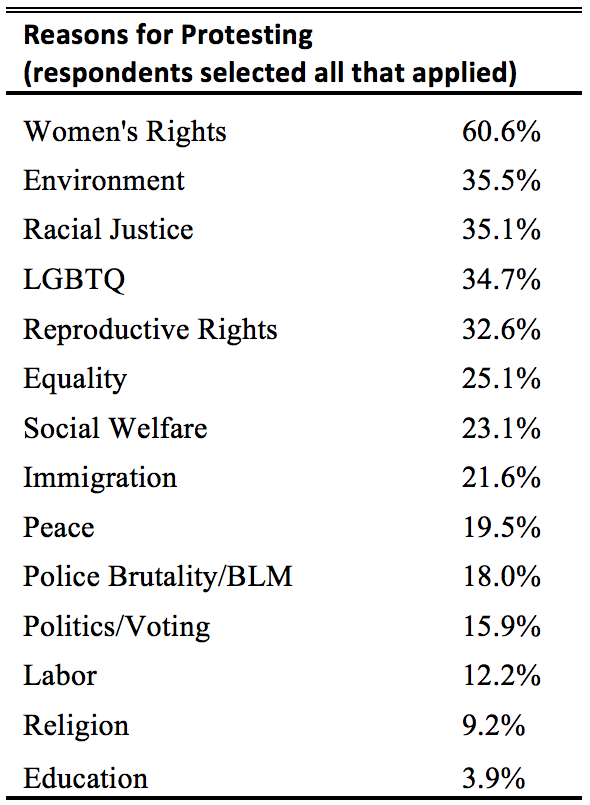